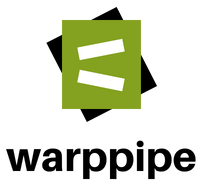 Sign up with your email address to be the first to know about new products, VIP offers, blog features & more.

No one can disagree that Twitter has changed the world. From the time of its launch until now, it has become the ultimate source for news, the best meme supplier, a political soapbox and an outreach platform – and that’s just a few ways it’s used. It means so much to so many people.

Of the many ways Twitter has altered our world, one of its major contributions is that of the hashtag.

The hashtag changed Twitter, every other social media platform and a huge portion of the world. They are worth getting very familiar with.

Hashtags are keywords that are index tools. Written with a pound symbol, or a #, at the beginning of a series of keywords, there are no spaces between the words and refer to a specific idea, topic or trend. They can contain letters and numbers, but don’t consist of punctuation or spaces.

These metadata tags categorize idea and turn them into clickable phrases Twitter indexes with other, highly related tweets.

Since their debut, hashtags have become a mainstay on just about every social media platform and are a part of the everyday interactions that occur on social media. They have made categorization much easier in a world overloaded with data.

How to use hashtags

When using hashtags, whether one that is trending or one you are trying to get to trend, there are some basic guidelines to follow. This will help you use the right one with the right content at the right time. You’ll limit unintentional blowback and avoid the need for damage control.

How to create a hashtag

Like most viral content, the strangest hashtags find a way to break through the noise, trending for multiple days on Twitter. Others fall to the wayside.

The best hashtag still needs timing, some influencer help and a little bit of luck to take off. When creating a hashtag, adhere to these important rules:

A common-sense check will direct you to the likelihood that the tag will be a winner, a dud or bring unwanted attention.

Using a hashtag that is already known or trending can be a good idea, but care needs to be taken when doing so.

Here are some important rules to remember when using a hash that is used by others on Twitter.

Research before adopting a hashtag

The hashtag you want to use may sound good, but it might mean something different that you think it means. Take some time to look at the tweets that use the tag to make sure they align with your thinking and the image you hope to portray.

There have been too many times where users are completely off target and adopt a tag that means something very different than how they intended to use it.

Once you’re sure of a hashtag’s meaning, do a common-sense test to see if it makes sense for your messaging. If you miss the mark, you’ll suffer the consequences.

Know when to use a hashtag

There are a time and place to use a hashtag. They can be used in every tweet your brand publishes, but they don’t need to be used at all.

Genuine messaging should always come first. Don’t use hashtags to deceive or manipulate, but to categorize information. Your customers know what they want and will remember a tag done sincerely.

Hashtags can be used to improve the visibility of the messages you’re trying to deliver on Twitter.

Besides increased visibility, people and brands that use hashtags often (and well) tend to enjoy higher rates of engagement, increased brand awareness and greater customer feedback on the platform.

Use this guide to get the visibility you want by using hashtags responsibly and cleverly. In no, time your brand will begin to reap the benefits.

How to Find the Best Instagram Influencers for Your Business

How to Give Your Social Media Content More Meaning

What do you think? Cancel reply

On this website we use first or third-party tools that store small files (cookie) on your device. Cookies are normally used to allow the site to run properly (technical cookies), to generate navigation usage reports (statistics cookies) and to suitable advertise our services/products (profiling cookies). We can directly use technical cookies, but you have the right to choose whether or not to enable statistical and profiling cookies. Enabling these cookies, you help us to offer you a better experience.